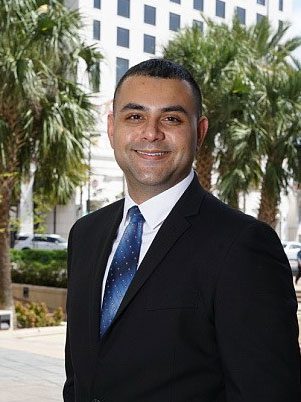 After law school, Mr. Crespo became a Criminal Defense and Appellate Attorney. Mr. Crespo handled hundreds of cases advocating for the rights of those accused of crimes ranging from petit theft to murder in misdemeanor and felony courts. He has also taken convicted client’s cases in front of the Florida District Court of Appeals where he has argued and successfully gotten those convictions overturned.

Seeking to help those in need in a different avenue of law, Mr. Crespo joined one of the largest First Party Property Insurance Firms in the State of Florida where he zealously advocated for the rights of policy holders helping to obtain millions in settlement for those individuals. Mr. Crespo brings that same passion and tenacity to Kuhn Raslavich, P.A. where he continues to represent policy holders against insurance companies.

Mr. Crespo is fluent in Spanish. He is licensed to practice in all Florida State and Federal Courts.