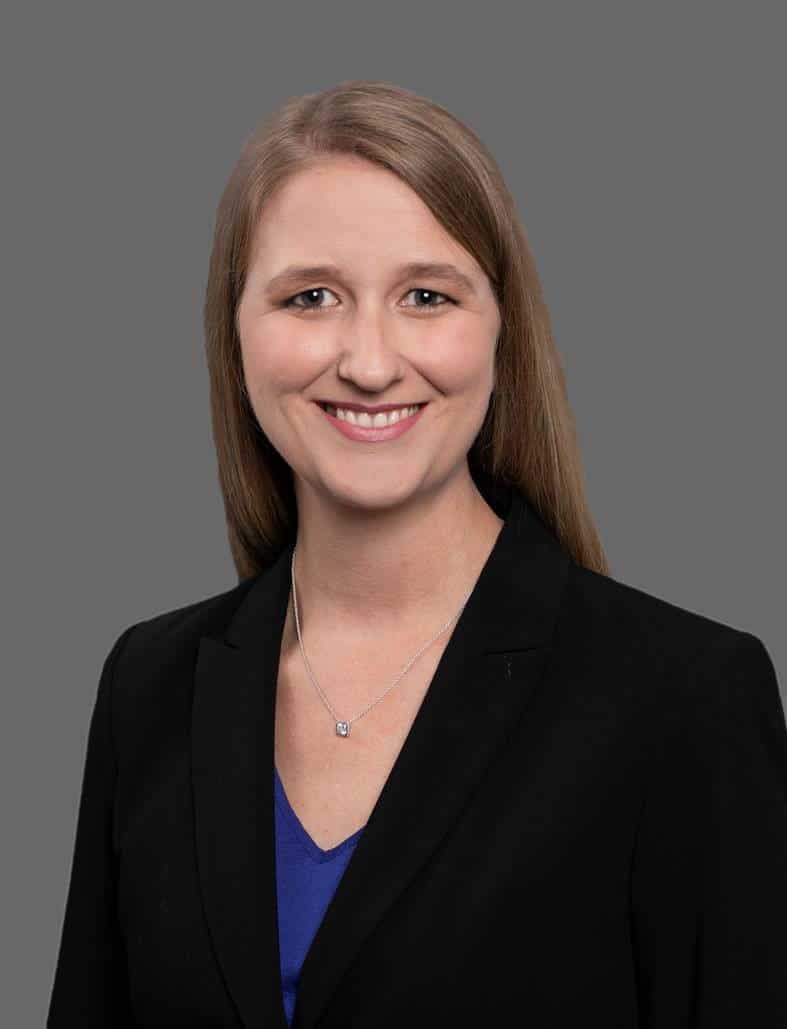 Pamela Clark is an attorney at Kuhn Raslavich, P.A., Ms. Clark has a wide-ranging background in litigation. Prior to joining Kuhn Raslavich, Ms. Clark worked for an insurance defense firm where she represented some of the nation’s largest insurance carriers in homeowners’ insurance matters involving wind, water, hurricane, mold, and sinkhole claims. Ms. Clark also worked as a plaintiffs’ attorney where she represented individuals in consumer protection claims against the some of the nation’s largest banks and debt collection companies. Ms. Clark has litigated hundreds of cases throughout the state of Florida and has practiced in state, federal, and bankruptcy court. Ms. Clark now advocates for homeowners, using the skills and knowledge that she gained by litigating lawsuits both for and against large companies.

Ms. Clark received her undergraduate degree from Eckerd College in 2009 with a Bachelor of Arts in Political Science. She earned her Juris Doctor from Stetson University College of Law in 2013. While in law school, Ms. Clark worked as a law clerk at a personal injury firm, where she worked on cases involving auto accidents and injuries. She also served as the secretary of the Immigration Law Society, served as the Reform Chair of the Innocence Project of Florida – Stetson Chapter, and studied international business and contract law in China.